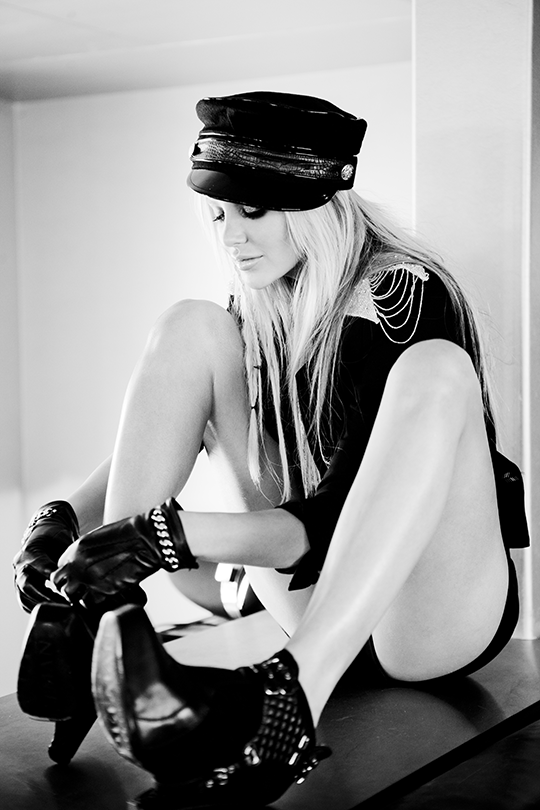 Joey Shaw was born in Italy very close to Milan in 1969.
He developed as a teenager his strong passion and love for everything that was light and image composition, it doesn’t matter if that was regarding a video or a picture.
He was introduced to photography and everything around it by no-one.
He uses to say:
“one day I picked up my first camera, an old Praktica
coming from eastern Europe (of course completely manual)
and that was my best emotion ever”.
His life changed at that moment. He starts working hard in a company to get the money to buy the new Canon and at least a couple of good lenses.
During the weekend Joey spent all his time and money in the darkroom, developing new techniques, learning contrast, and exposure to different kinds of papers.
Mixing filters and smelling like an old egg
(“that is the reason I never had a real girlfriend in those years – Joey Shaw x Channel 5”).
He immediately started to shoot photo tests for the major model agencies in Milan
and of course, if you were born in those years in that place in the world
you had to shoot fashion.
But Joey was looking for something more and he got jobs following concerts or fashion shows and the love of his life… the wildlife, to better develop his limits with the camera.
Canon just came out with the first autofocus cameras and everybody was thinking that everything that was movement you had a chance to catch it with that new cameras,
but it was not like that.
A lot of practice was needed mostly with the first autofocus and in most of the cases, he just switched to manual.
“But in those years I learned the limits with the light at the concerts, mixed with the film grain needed. Everybody was shooting with flashes except me; I was just changing and pushing the films. I was buying a 1600 ISO Kodak and I pushed that film to 3200 ISO. The grain was like a huge big pixel today on your computers.”
(Joey Shaw – Sky News).
Then the first cover ever in the same years, for a horse’s magazine, the first shot for
Vogue Sposa, the first campaign running on the mags.
Now, it’s turning 29 years of experience in this business, 2 sold-out books, a movie contract, a tv show following Joey on location and during his trips, the castings, the fittings, and the shootings all over the world.
There was a trip in 1994 in LA.
He met Aaron Spelling when he visited the Beverly Hills 90210 set.
That day changed his life.
During that same trip, he got in touch with Herb Ritts in Beverly Hills
where Herb used to live.
Joey stole that time transforming it into the best experiences of his professional life,
the best school ever, following and assisting Herb for 5 weeks in Paris and New York
and then with Helmut Newton as well for 2 weeks in Montecarlo.
“There’s no school giving you that much, life is the best experience ever.”
“There’s no school for creativity till the day the schools will continue to tell the students where to go.
There’s no direction to take in this world of creations.”
When during an interview for Le Monde a French journalist asked about his friendship with Gianni Versace and Gian Franco Ferre’, he just replied:
“I’ve been lucky I met the best designers, some of the best men and friends ever.”
A new exhibition will start on October 2023 traveling all around the world for 1 year called
“The smell of life”.
“Unlimited”, the new photo book will be released on February 23, 2023.
Joey will also be on location in London, Paris, and Los Angeles in January 2024 for the DVE Group
that is producing the movie “Heels for Hell”.

Joey Shaw is usually living between Paris, London, and Los Angeles, but when it’s possible he’s spending his free time in his private ranch in Italy where he created a rescue place for dogs and horses.
Style, H mag, Maxim, Mode, Look, XS, Avenue, and many more the magazines publishing his pictures.
He received a nomination for the youth fashion photographer of the year for 2 years, in 1996 and in 1999.
“I am nobody, I just like to have fun with the light and a camera in my hands.” – Fox News.
In 2018 Joey dedicated a full campaign for Editoriale Italiano to Noura Hussein.
In September 2022 Joey Shaw and the Fondazione Zoom collaborated to the creation of the ZoomLand exhibition.